Built-in Tool From Moving From Apple Photos to Lightroom CC

There’s a feature that got kinda lost in all the new stuff released at the recent Adobe MAX Conference, and one was the fact that Lightroom CC (the cloud-storage-based version of Lightroom) has a new built-in migration tool to help you move from using Apple’s “Photos” app over to Lightroom CC.

Before you do the Migration, Adobe recommends a few things to make sure the process works smoothly, and that you get your originals from Apple’s Cloud over into Adobe Cloud. STEP ONE: First, Open Apple Photos on your Mac Desktop, and press Command-, to bring up Photos Preferences window (seen above). Click the General icon up top. The “Use as System Photo Library” should be grayed out, but if it’s not, go ahead and click it now. 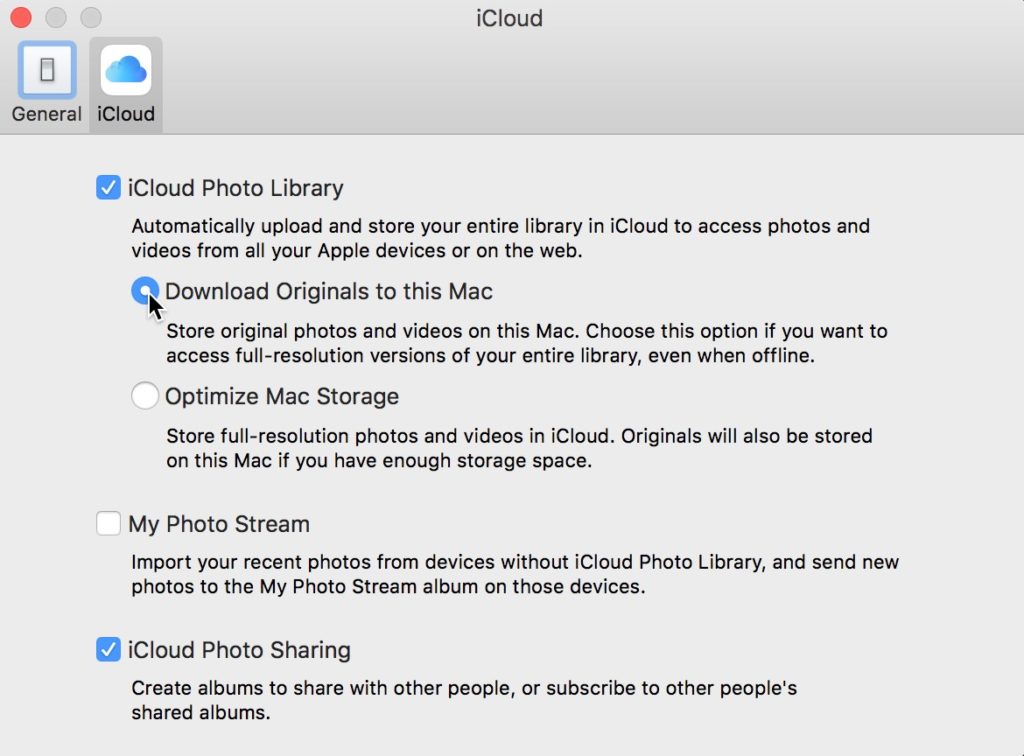 STEP TWO: Next, click on the iCloud icon up top; make sure ‘iCloud Photo Library” is checked at the top, and then click on “Download Originals to this Mac” (it will pull down the originals stored in Apple’s Cloud so you can migrate them to Adobe’s cloud in Lightroom CC> STEP FOUR: You’ll see a warning that migrating this library is a one-time thing and that the only thing it’s going to migrate is those original images you just asked to be pulled down from Apple’s cloud.

That’s pretty much it — hit continue and ‘The Migrator” will do it’s thing, moving your originals to Lightroom CC’s Adobe Cloud storage.

Our Black Friday Deals Are Coming This Week!
It’s our best deals of the year on joining KelbyOne and attending one of the TWO Photoshop World Conferences next year (one in Orlando and one in Vegas). More details to come. 🙂

Have a great Thanksgiving week everybody. 🙂

P.S. If you’ve got a sec, pop over to my blog today for my response to a recent article on Petapixel called “Social Media is Ruining Photography. Here’s the link.